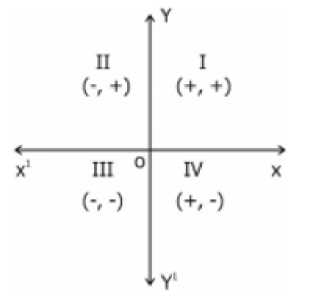 through algebra by using the coordinate system is known as coordinate geometry. 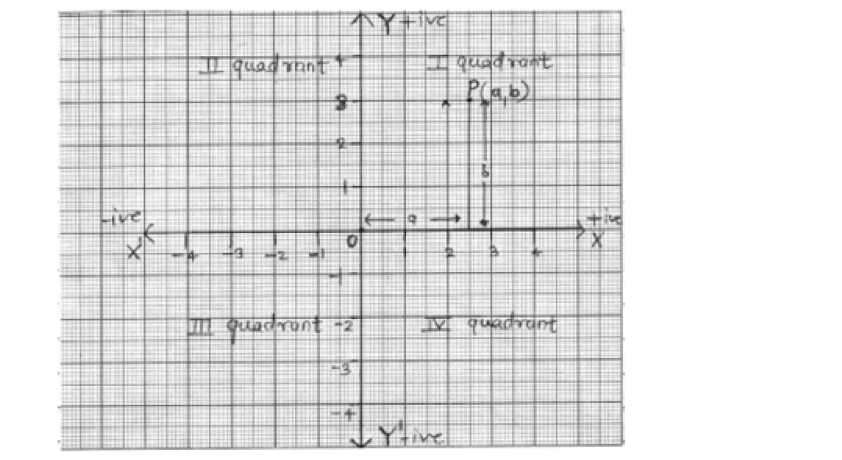 In this system, position of a point is described by ordered pair of two numbers.

Ordered pair: A pair of numbers a and b listed in a specific order with ‘a’ at the first place and ‘b’ at the second place is called an ordered pair (a,b)

In given figure O is called origin.

The horizontal line X1 OX is called the X-axis.

The vertical line YOY’ is called the Y-axis.

The coordinates of origin are (0,0)

Every point on the x-axis is at a distance o unit from the X-axis. So its ordinate is 0.

Every point on the y-axis is at a distance of unit from the Y-axis. So, its abscissa is 0.

Note: Any point lying on X – axis or Y – axis Y-axis does not lie in any quadrant.