Gravity is one of the most basic forces in the universe. It plays a fundamental role not only in the structure of our solar system but also in the way objects behave on Earth. In this section, we will talk about gravity on a small scale. We will discuss topics such as weight, free fall, and ballistics. We will learn the physics of phenomena we experience daily and take for granted

Gravitation is the force of attraction between two objects in the universe.

Gravitation may be the attraction of objects by the earth.

Eg If a body is dropped from a certain height, it falls downwards due to earth’s gravity.

If a body is thrown upwards, it reaches a certain height and then falls downwards due to the earth’s gravity.

• Gravitation may be the attraction between objects in outer space.

Eg :- Attraction between the earth and moon.

Attraction between the sun and planets.

of the bodies, and inversely proportional to the distance between them? 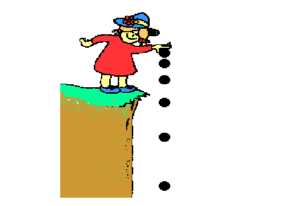 4 .To calculate the value of” g “(acceleration due to gravity)

Earth and d is the distance between the object and the earth.

object and the weight of an object on the moon is the force with which the moon attracts the object.

When an object is immersed in a fluid it experiences an upward force called buoyant force. This property is called buoyancy or upthrust. 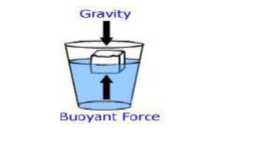