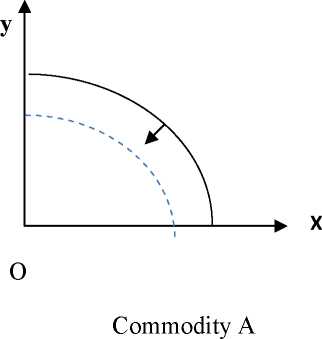 Unit of one good sacrificed Ay

Ans : – Economics is the study of the problem of choice arising out of scarcity of resources having alternative uses.

Ans : – Scarcity means shortage of resources in relation to their demand is called scarcity.

Ans : – An economy is a system by which people get their living.

Ans : – Central problem is concerned with the problems of choice (or) the problem of resource allocation.

Ans : – It deals with what is (or) how an economic problem facing an economy is solved. It analyses the cause of effect relationship.

Ans : – Normative economic analysis deals with what ought to be (or) how an economic problem should be solved.

Ans : – Scarcity of resources which have alternative uses.

Ans : – It is the cost of next best alternative foregone.

Ans : – Resources are scarce in comparison to their demand, therefore it is necessary to use resources in the best possible manner without wasting it.

Ans : – It is a boundary line which shows the various combinations of two goods which can be produced with the help of given resources and technology.

Ans :- PPC is concave to the origin because of increased marginal opportunity cost.

Ans :- MRT is the ratio of units of one good sacrificed to produce one more unit of other goods. MRT = Ay / Ax

Ans :- Any point inside the production possibility curve indicate underutilization of resources.

Ans :- It is the problem of choosing which goods and services should be produced in what quantities.

Ans :- It is the problem of choosing technique of production of goods and services.

Ans The problem of for whom to produce refers to the distribution of goods and services produced in the economy.

Ans :- It indicates a) growth of resources b) improvement in technology

Ans :- It means making best use of available resources.

Ans :- It is a boundary line which shows that maximum combination of two goods which can be produced with the help of given resources and technology at a given period of time.

Ex: An economy can produce two goods say rice or oil by using all its resources. The different combination of rice and oil are as follows: 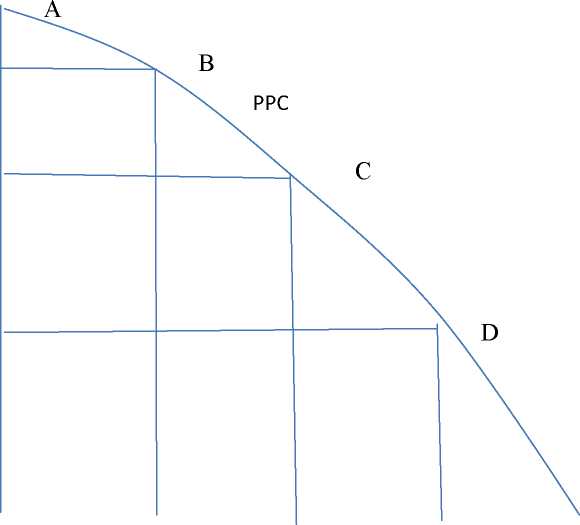 Ans. Every point on PP curve like ABCDEF indicates full employment and efficient uses of resources.

Any point below or inside PP curve like G underutilization of resources.

Any point above PP curves like H indicates growth of resources. 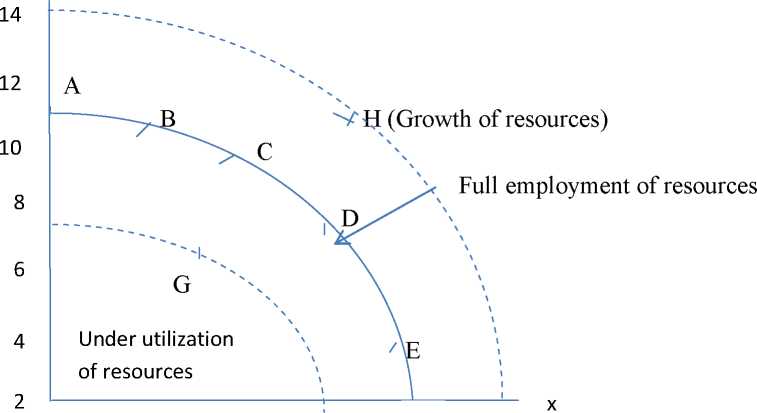 It refers to a curve which shows the various production possibilities that can be produced with given resources and technology. 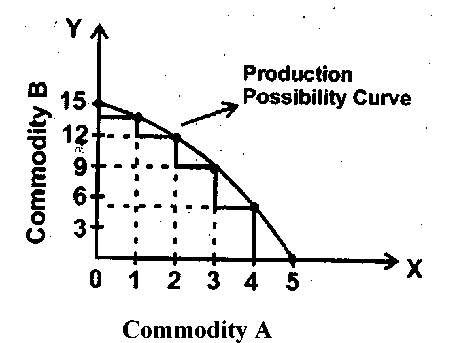 If we want to produce more commodity B, we have to reduce the output of commodity A & vice versa.

The opportunity cost for a commodity is the amount of other commodity that has been foregone in order to produce the first.

The marginal opportunity cost of a particular good along the PPC is defined as the amount sacrificed of the other good per unit increase in the production of the good in question. Example: Suppose a doctor having a private clinic in Delhi is earning Rs. 5lakhs annually. There are two other alternatives for him.

The opportunity cost will be joining Govt. hospital in Bangalore. 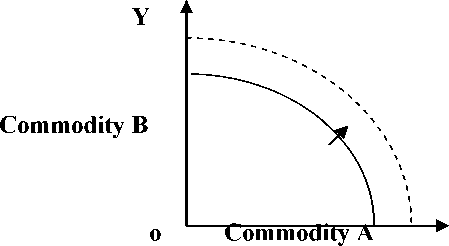 3. Distinguish between a centrally planned economy and a market economy.

4. Distinguish between micro economics and macroeconomics.

Ans:- Massive unemployment will shift the PPC to the left because labour force remains underutilized. The economy will produce inside the PPC indicating underutilization of resources.

How are fundamental problems solved in the capitalistic economy.

In a market-oriented or capitalist economy, the fundamental problems are solved by the market mechanism. Price is influenced by the market forces of demand and supply. These forces help to decide what, how and for whom to produce.

How are fundamental problems solved in the planned economy?

In a planned economy all the economic decisions regarding what, how and for whom to produce are solved by the state through planning. Economic planning replaces the price mechanism. The market is regulated by the state. The prices of the various products are fixed by the state called administered prices.