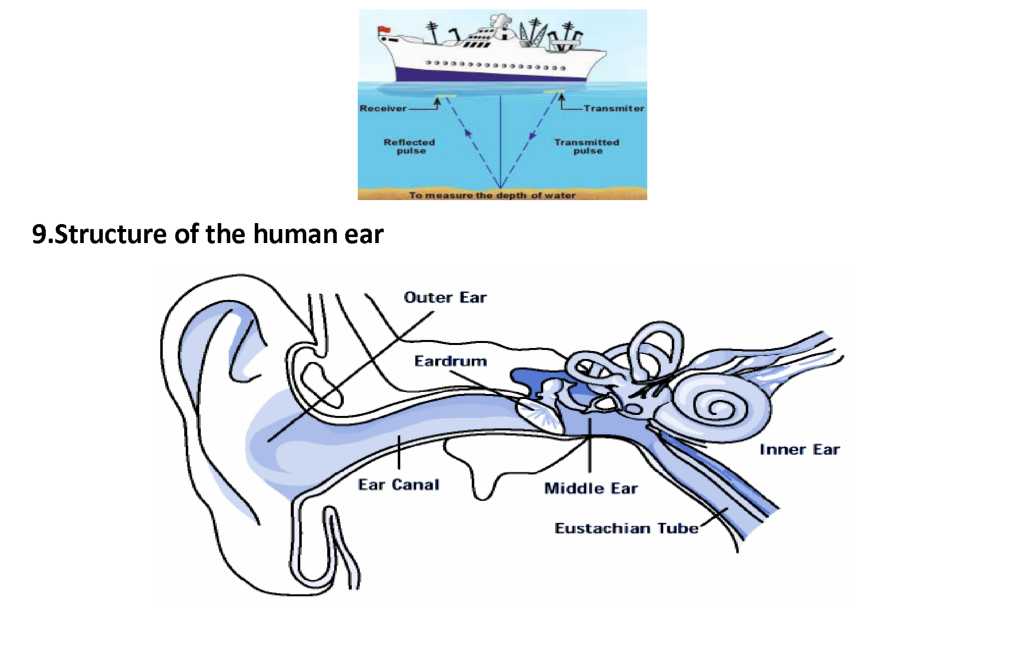 Sound is produced due to the vibration of objects. Vibration is the rapid to and fro motion of an object.

Vibrating objects are the source of all sounds Irregular, chaotic vibrations produce noise Regular, controlled vibration can produce music All sound is a combination of pure frequencies A stretched rubber band when plucked vibrates and produces sound.

When an object vibrates, the particles around the medium vibrate. The particle in contact with the vibrating object is first displaced from its equilibrium position

The disturbance produced by the vibrating body travels through the medium but the particles do not move forward themselves.

A wave is a disturbance which moves through a medium by the vibration of the particles of the medium. So sound is considered as a wave.Sound waves Require medium for transmission.Sound waves are called mechanical waves. When a vibrating object moves forward, it pushes and compresses the air in front of it forming a region of high pressure called compression (C). When the vibrating object moves backward, it forms a region of low pressure called rarefaction (R).

In these waves the particles move back and forth parallel to the direction of propagation of the disturbance. Such waves are called longitudinal waves.

There is another kind of waves called transverse waves. In these waves the particles oscillate up and down perpendicular to the propagation of the direction of disturbance.

Sound propagates in a medium as a series of compressions (C) and rarefactions (R).

Compressions are the regions of high pressure and density where the particles are crowded and are represented by the upper portion of the curve called crest.

The number of oscillations per unit time is called the frequency of the sound wave. It is represented by the symbol V (Greek letter nu). Its SI unit is hertz (Hz)

Frequency and time are represented as follows:- V for one oscillation 1 1

The amplitude of sound wave is the height of the crest or tough. It is represented by the letter A.

The SI unit is the same as that of density or pressure.

The wavelength is the distance between the “crests” of two waves that are next to each other. The amplitude is how high the crests are.

Pitch and loudness of sound

The pitch of sound (shrillness or flatness) depends on the frequency of vibration.

The speed of sound is more in solids, less in liquids and least in gases.

Sound gets reflected at the surface of a solid or liquid and follows the laws of reflection. 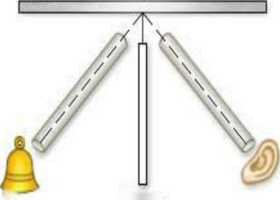 Renection of sound from a plane surface

If we shout or clap near a reflecting surface like tall building or a mountain, we hear the same sound again. This sound which we hear is called echo. It is caused due to the reflection of sound.

To hear an echo clearly, the time interval between the original sound and the echo must be at least 0.1 s.

So to hear an echo clearly, the minimum distance of the reflecting surface should be half this distance that is 17.2 m.

Echoes may be heard more than once due to repeated or multiple reflections of sound from several reflecting surfaces. This causes persistence of sound called reverberation.

In big halls or auditoriums to reduce reverberation, the roofs and walls are covered by sound absorbing materials like compressed fibre boards, rough plaster or draperies.

Megaphones, horns, musical instruments like trumpets, etc. are deigned to send sound by multiple reflection in a particular direction without spreading in all directions.

Sometimes a curved sound board is placed behind the stage so that sound after multiple reflection spreads evenly across the hall.

Human beings can hear sound frequencies between 20 Hz and 2000 Hz.

Ultrasonic sound is used to clean objects like electronic Components, used to detect cracks in metal blocks, used in ultra sound scanners for getting images of internal organs of the human body used to break small stones formed in the kidneys into fine grains.

It is a device which uses ultrasonic waves to measure distance, direction and speed of underwater objects. The distance of the object can be calculated by knowing the speed of sound in water and the time taken between the transmission and reception of ultrasound

The sound waves passes through the ear canal to a thin membrane called eardrum. The eardrum vibrates. The vibrations are amplified by the three bones of the middle ear called

hammer, anvil and stirrup. Middle ear then transmits the sound waves to the inner ear. The brain then interprets the signals as sound.

Longitudinal waves: Those in which the direction of vibration is the same as their direction of propagation. So the movement of the particles of the medium is either in the same or in the opposite direction to the motion of the wave. Exemple: sound waves, what changes in this case is the pressure of the medium (air, water or whatever it be).

Transverse waves: The oscillations occur perpendicularly to the direction of energy transfer. Exemple: a wave in a tense string. Here the varying magnitude is the distance from the equilibrium horizontal position

A general property of waves is that their speed relative to medium depends on the properties of medium but is independent of the motion of the source of waves. If the observer is in motion with respect to the medium, the velocity of wave propagation relative to the observer wil be different. A remarkable exception is encountered in the case of light PROPERTIES Frequency

For humans, hearing is limited to frequencies between about 20 Hz and 20000 Hz, with the upper limit generally decreasing with age.