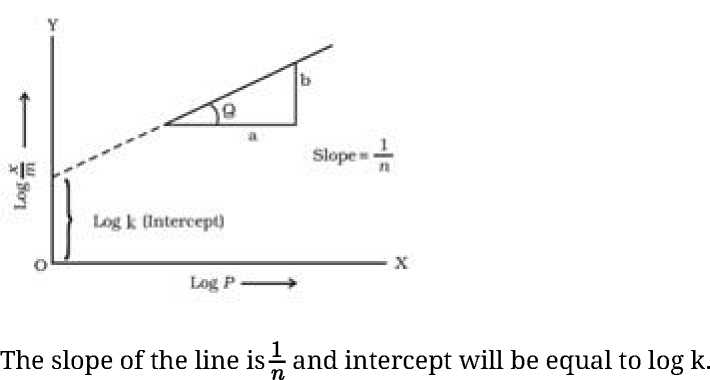 temperature of gas, more will be the extent of adsorption.

a. Nature of adsorbate: Physical adsorption is non-specific in nature and therefore every gas gets adsorbed on the surface of any solid to a lesser or greater extent. However, easily liquefiable gases like NH3,HCl, CO2, etc. which have higher critical temperatures are

absorbed to greater extent whereas H2, O2, N2 etc. are adsorbed to lesser extent. The

chemical adsorption being highly specific, therefore, a gas gets adsorbed on specific solid only if it enters into chemical combination with it. 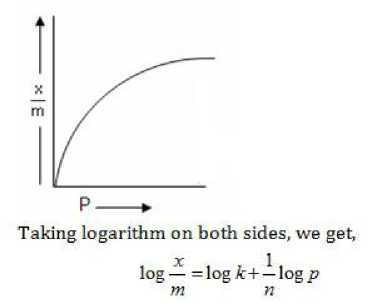 Taking logarithm on both sides, we get,

Mo is promoter whereas Fe is catalyst in Haber’s Process.

There are two types of catalysis namely,

For example: CO and H2 react to form different products in presence of different catalysts as follows:

There are three types of colloids based on the type of dispersed phase, namely,

between electrodes of the metal immersed in the dispersion medium. The intense heat produced vaporizes the metal which then condenses to form particles of colloidal size.