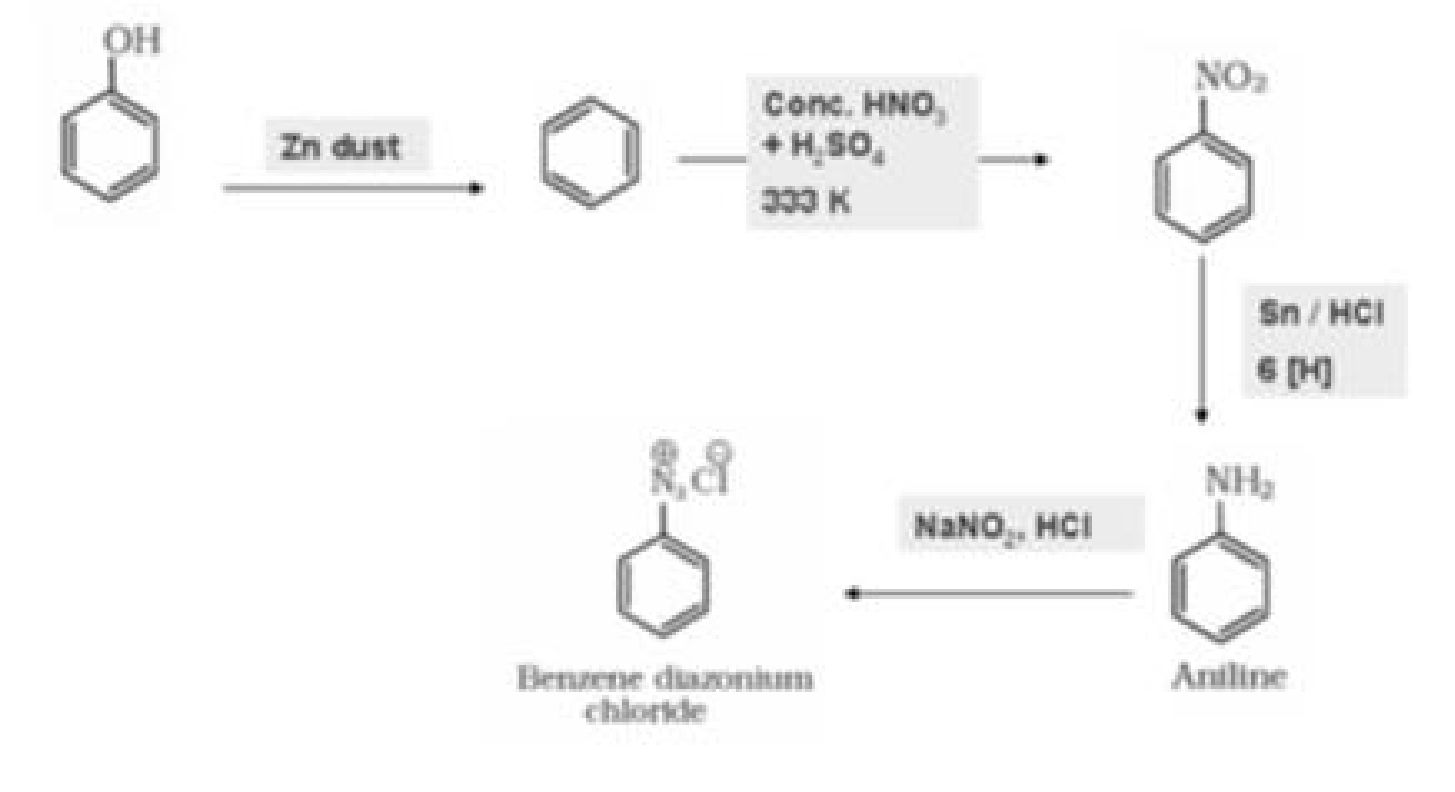 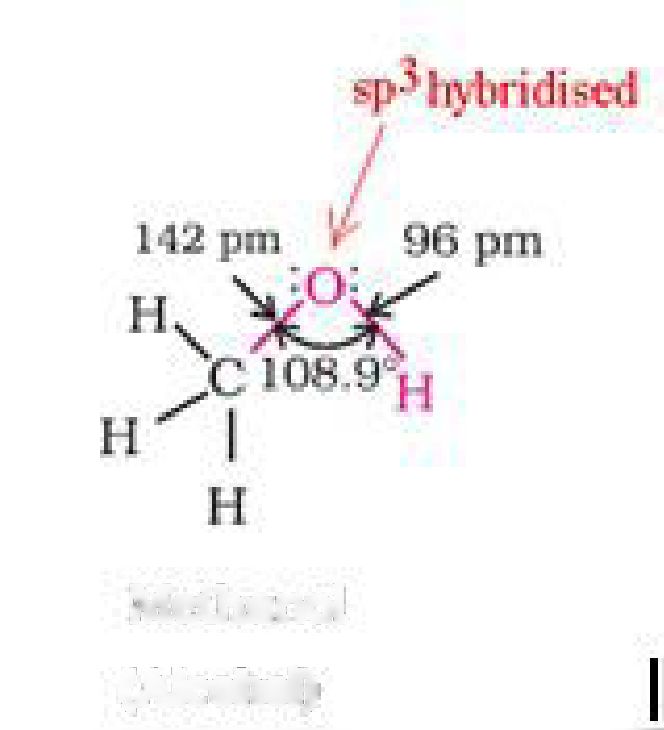 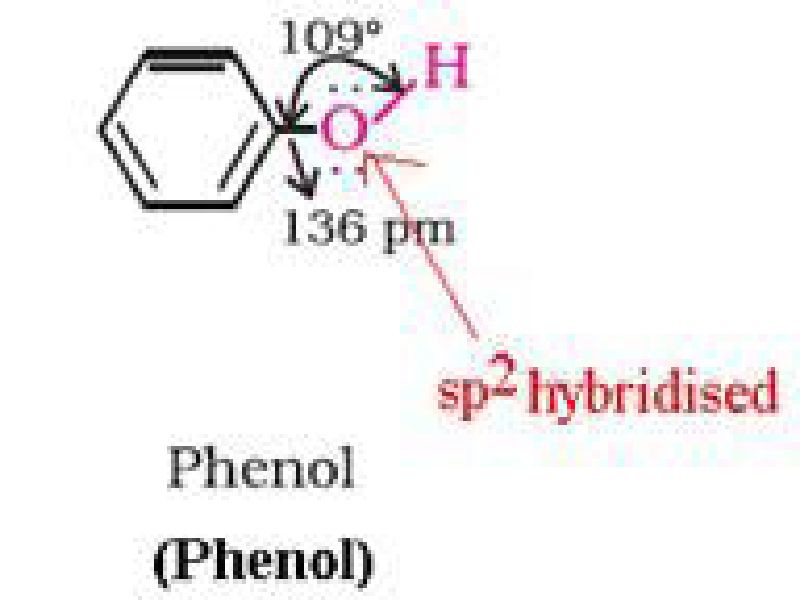 Physical properties of alcohols and phenols:

In alcohols, the boiling points decrease with increase of branching in carbon chain. This is
because of decrease in van der Waals forces with decrease in surface area.

a) Reaction with metals

II. Other chemical reactions of phenols: 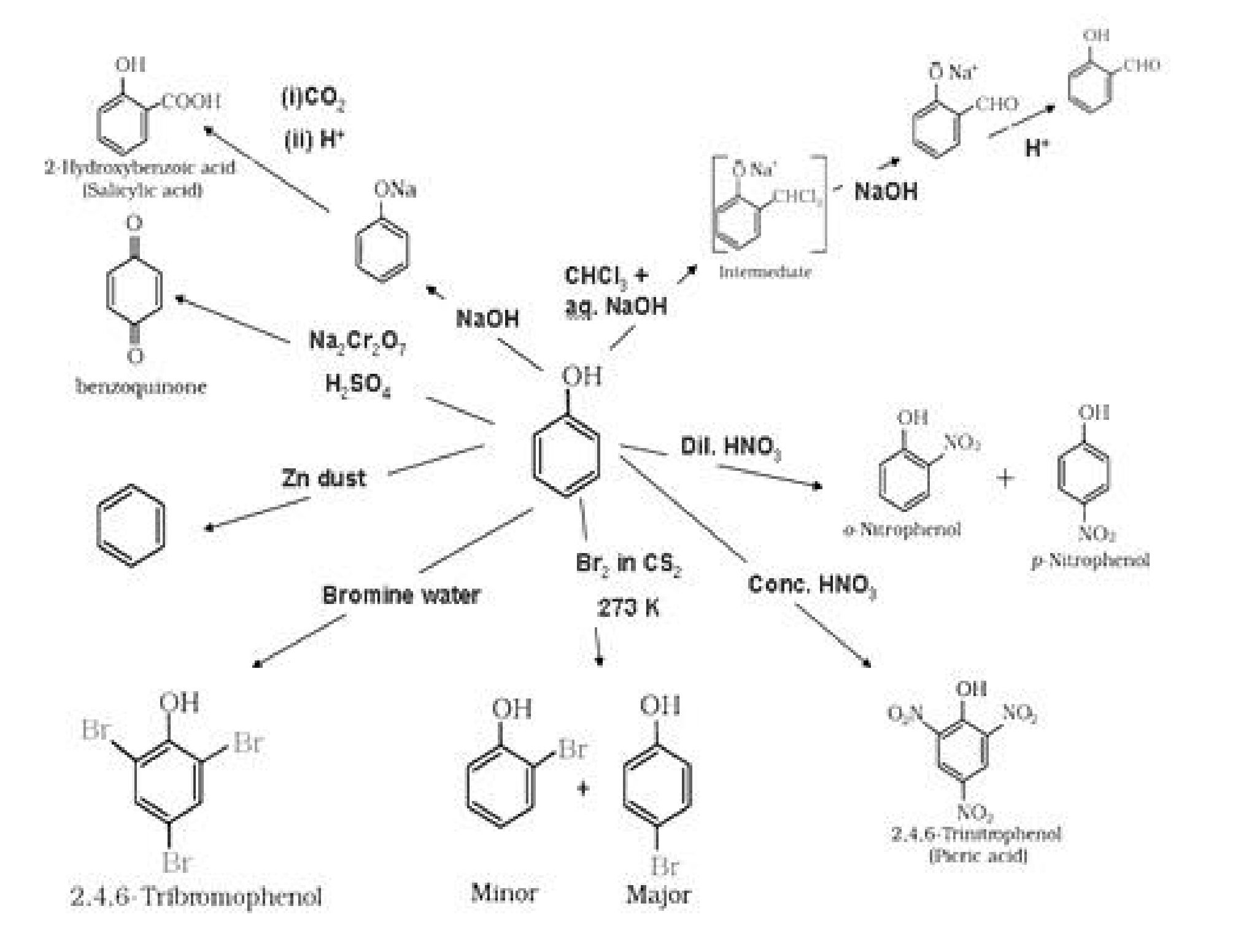 The acidic character of alcohols is due to the polar nature of O-H bond. Alkyl group is an
electron-releasing group (-CH3, -C2H5) or it has electron releasing inductive effect (+I effect).
Due to +I effect of alkyl groups, the electron density on oxygen increases. This decreases the

polarity of O-H bond. And hence the acid strength decreases.

The delocalisation of negative charge makes phenoxide ion more stable and favours the
ionisation of phenol. Although there is also charge delocalisation in phenol, its resonance
structures have charge separation due to which the phenol molecule is less stable than

Phenol on reaction with neutral FeCl3 gives purple colour whereas alcohols do not give
purple colour.

Iodoform test: Ethanol when reacted with (I2 and NaOH) or NaOI gives yellow ppt of
iodoform since it has the presence of CH3-CH (OH)- group.

Alcohol > Ethers
b) From alkyl halide and sodium alkoxide

Here, the alkyl halide should be primary and alkoxide should be tertiary. In case of aromatic
ether, the aromatic part should be with phenoxide ion.

a) Miscibility: Miscibility of ethers with water resembles those of alcohols of the same
molecular mass. This is due to the fact that just like alcohols, oxygen of ether can also form
hydrogen bonds with water molecule.

Ethers have much lower boiling points than alcohols. This is due to the presence of hydrogen
bonding in alcohols. Hydrogen bonding is absent in ethers.

a) Cleavage of C-O bond in ethers:

The order of reactivity of hydrogen halides is as follows: HI >HBr>HCl
Alkyl halide formed is always the lower alkyl group. But if a tertiary alkyl group is present,
the alkyl halide is always tertiary. In case of phenolic ethers, the cleavage occurs with the
formation of phenol and alkyl halide. 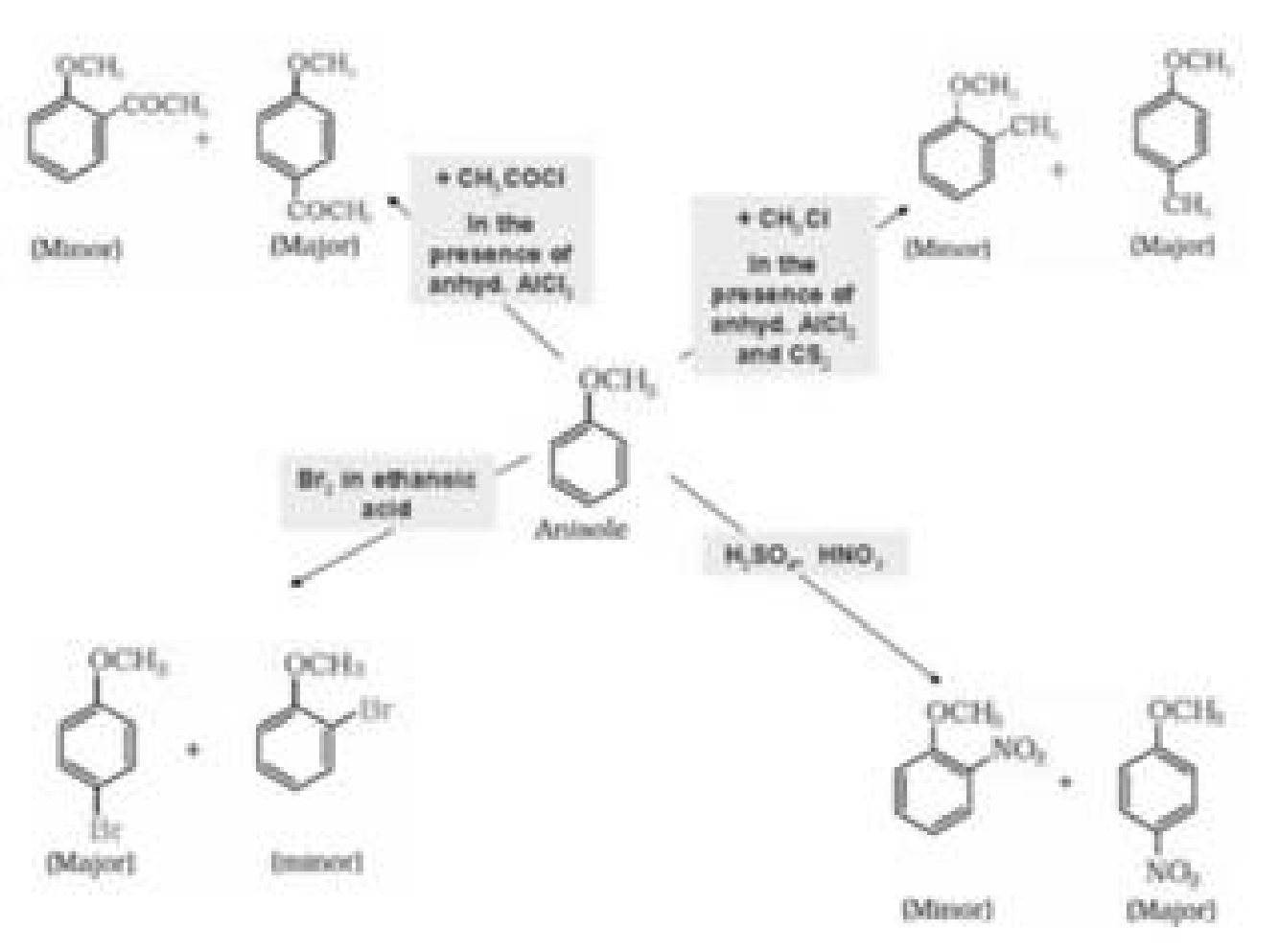 b) Phenol to benzene diazonium chloride