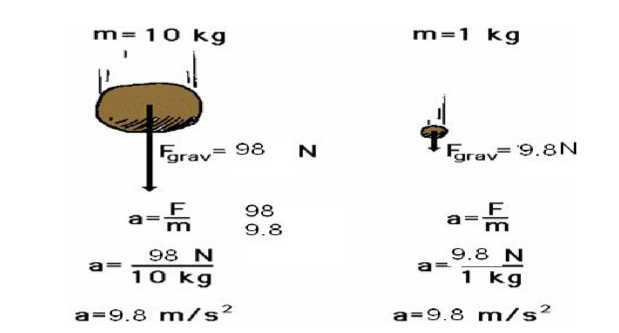 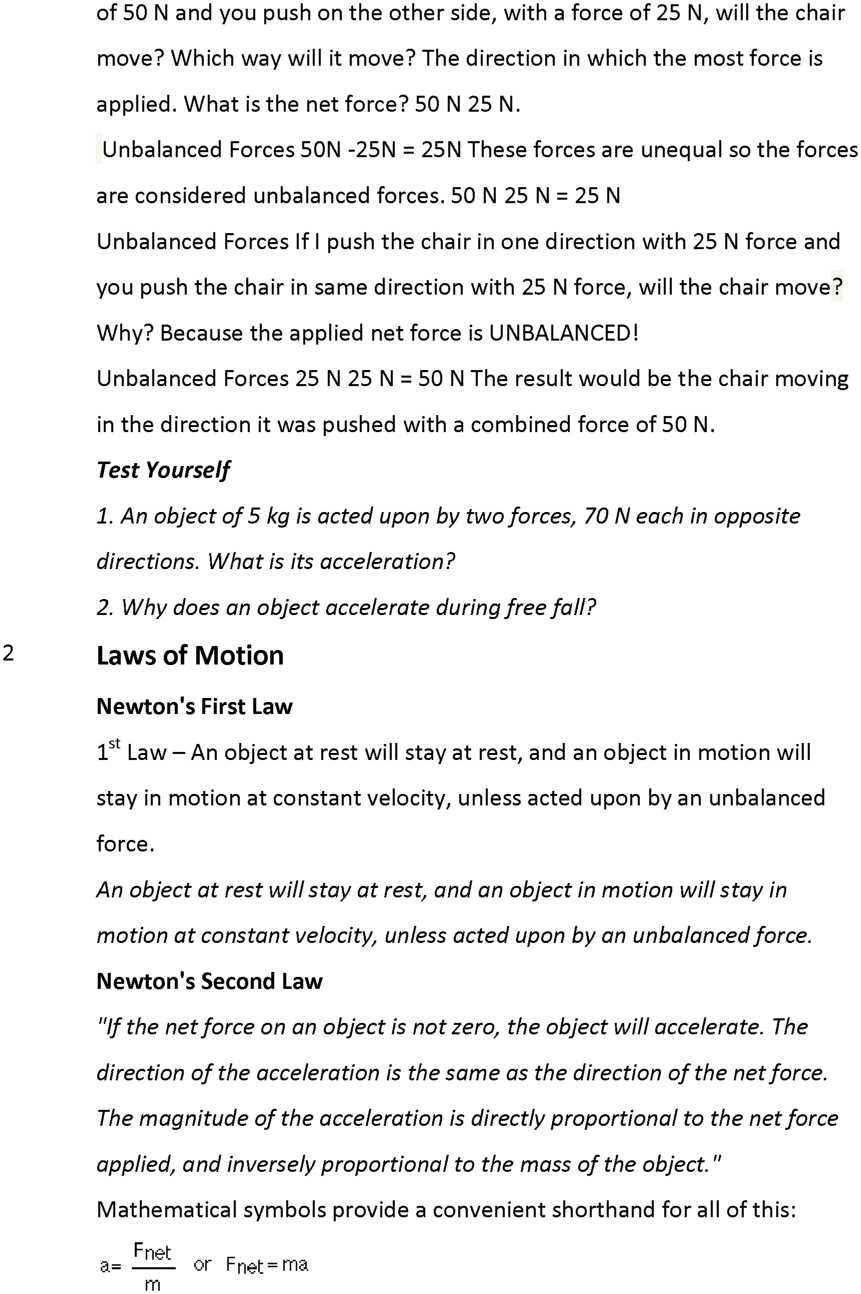 The Effect of Mass

The acceleration of an object depends not only on how hard you push on it, but also on how much the object resists being pushed.

This type of relationship between quantities (double one, get half the other) is called an inverse proportion or inverse variation. In other words, then:

Newton’s Second Law of Motion The acceleration of an object is dependent upon both force and mass. Thus, if the colliding objects have unequal mass, they will have unequal accelerations as a result of the contact force which results during the collision.

For every action there is an equal and opposite reaction.

These names are unfortunate for a couple of reasons :

The action and reaction forces exist at the same time.

Both forces are exactly the same size. They are equal in magnitude.

“opposite” means that the two forces always act in opposite directions – exactly 180o apart.

Inertia is the tendency of an object to resist any change in its motion. An object will continue to move at the same speed in the same direction

Mass is the amount of matter in an object. A bowling ball has more mass than a tennis ball. The greater the mass of an object the greater its inertia. Mass is the measurement of inertia.

Law of Conservation of Momentum

In a closed system, the vector sum of the momenta before and after an impact must be equal.

1. Name and define three different types of inertia & give an example of each.